We offer Group Discounts for groups of 25 or more.

We have a simple discount policy – ORDER YOUR TICKETS ONLINE:

This code is good for ALL SHOWS – BRONZE and GOLD SEATS ONLY – There are no discounts for the VIP SEATS.

Elton John Tribute Show – We offer 20% off use code: ELTON23 – Gold and Bronze Seating ONLY

Garth Tribute Show – We offer 20% off use code: GARTH23 – Gold and Bronze Seating ONLY

GTS has adopted the standard discount policy – discounts cannot be combined with other offers and are not valid on previous purchases. Some restrictions may apply.

There are NO DISCOUNTS for VIP Seating.

What is the Dress Code?

We strive to maintain a level of excellence in our theater, we ask that you help us by considering our dress code as follows:

Casual Dress is fine as you are on vacation, just please keep in mind – no shoes, no shirt = No Show. Dress code will be at management discretion.

Should I book my tickets in advance?

It is recommended that you reserve your seats as soon as you have a date in mind. The Sooner You Book Tickets The Better The Seats Will Be. All Seating is First ORDERED – BEST AVAILABLE AT TIME OF ORDERING. The SOONER you PURCHASE the closer you get for row assignment. Understand our VIP Section is the FRONT ROW ONLY – there are only 7 rows in our Small Cabaret! Not One Bad Seat!

Most shows sell out before showtime – we do not sell tickets at the door.

What happens to my tickets during hurricanes?

When the hurricane watch is issued we do the following:

ONLY FOR GUESTS THAT PURCHASE DIRECTLY WITH GTS THEATRE

What is the difference between a barrel chair and a banquet chair? 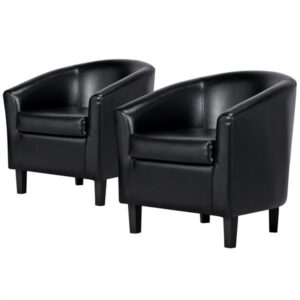 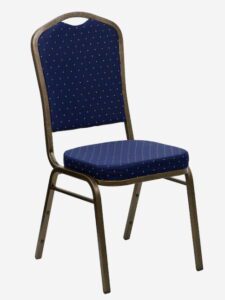 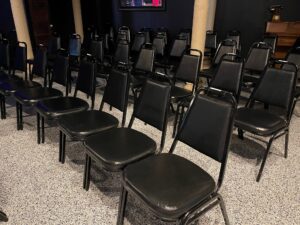 Bronze Seating begins at row 4 – 7.  This seating is seated first arrived, first seated.  No Tables and no space in between next person. 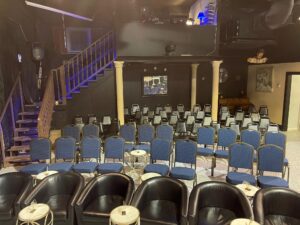 Another View of the showroom 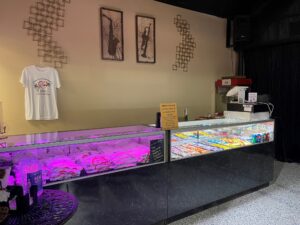 The Snack Bar at GTS Theatre

So you think you got what it takes to be on stage?  We would love to hear from you.  Please send your headshot, resume and a link to your reel to gts@gtstheatre.com

Please do not send your reel in the email it will bounce due to size.  If you do not have your reel uploaded to youtube.com please do so and you can make your reel private.  Then you can share the link for viewing.

How do I buy tickets for the theatre?

Tickets:  Tickets for all performances can be purchased online or by phone.

ADD a Person to My Reservation

What does GTS Stand For?

We say we are semi-retired as we quit show business. We are the Wild for Hypnosis Comedy Show. Yes, that’s us Rich and Elizabeth Wylde! At one time, we were quite famous. We were the hypnotists for the Jerry Springer show and also owned the largest comedy club in the Midwest entertaining 400 people nightly from around the world with our hypnosis show and headlining comedians opening the show.

After retiring to Myrtle Beach, Elizabeth’s parents moved to here in 2014, her mother did something none of us expected and passed away a little over a year later (July 2015). Her last words to Elizabeth were “live your dream before it’s too late!” Two weeks after her passing we signed the lease on a small place and opened a small intimate theatre in Myrtle Beach – GTS Theatre.

Elizabeth produced her first Motown Tribute show in 1988 for Great Lakes Naval Base and loved the opportunity at the ripe old age of 19. (She has been on stage since she was 3 years old – dancing – tap, ballet and jazz and hypnosis). Her mother loved seeing what she created, played out on stage. Therefore, the Original Motown Tribute Show was reborn in 2016 in Myrtle Beach.

Elizabeth’s great grandfather was a huge jazz musician in the 20’s.  Her father’s cousins sang backup for Perry Como (The Fontaine Sisters.)  Her mother’s cousin co starred in Jailhouse Rock with Elvis Presley (Judy Tyler).  Her father’s cousin played saxophone & clarinet and toured with Xavier Cugat’s orchestra.  Xavier Cugat’s brother Francis, was an artist and painted the cover art for the Great Gatsby.  (This is where “GTS” comes from – Gatsby shortened and Elizabeth’s favorite book). Let’s Just Say:  Entertainment is in her blood.

Most nights, you will see Elizabeth’s father John aka Grandpa managing the snack bar.  Elizabeth, checks you in and manages the theatre operations and the Original Motown Show, Rich manages the sound and lighting and overall business.

Join our family for a great night of entertainment!

All Assigned seats are Computer Generated! 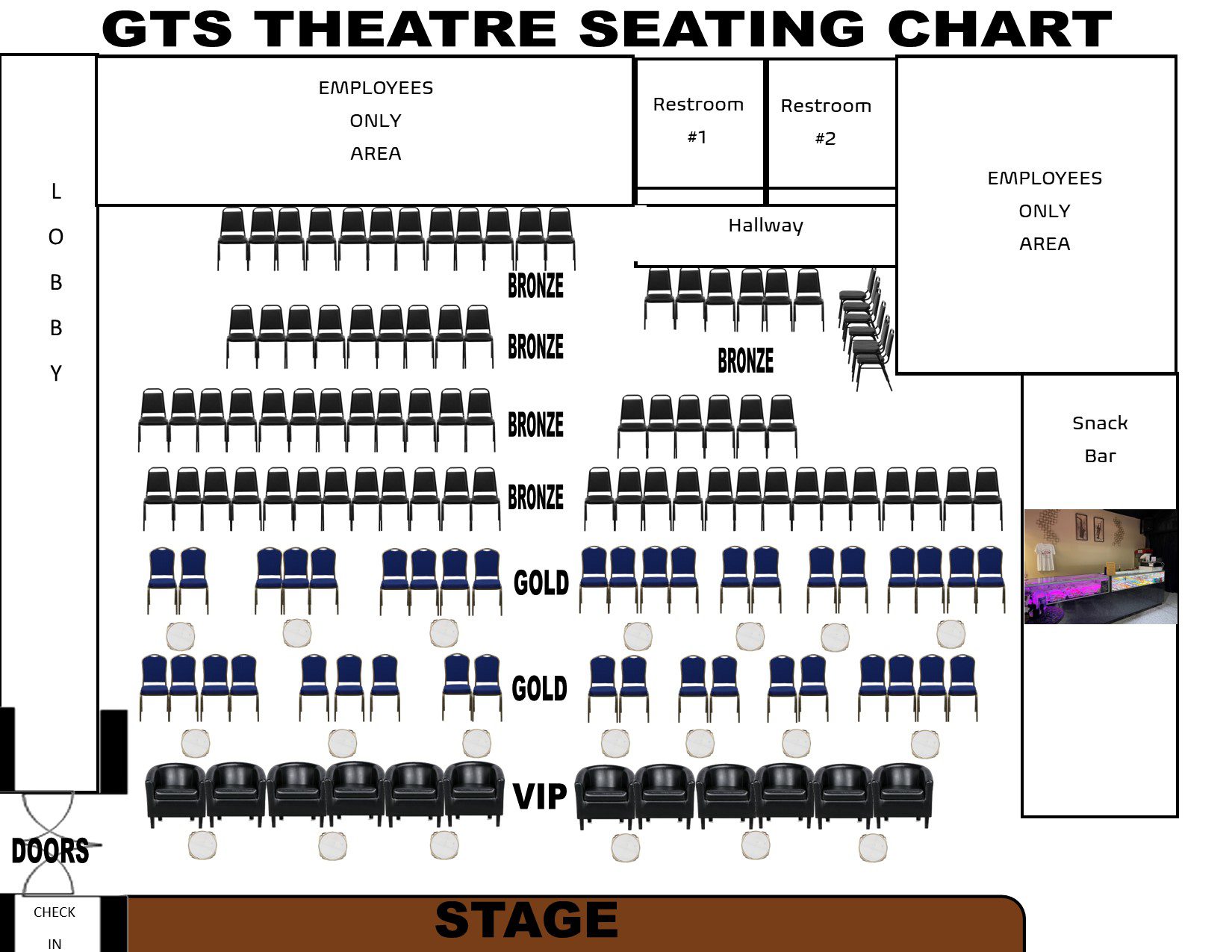 VIP SEATS – the best in the house Row 1 – Reserved Seating – Assigned in the order of purchase  NOTE: All ages • Barrel chairs and table – reserved seating (Sorry – The Chair Limit is 300 pounds) NO DISCOUNTS FOR VIP

When you ARRIVE you RECEIVE YOUR SEAT ASSIGNMENT and then if you purchased outside of GTS Theatre you will be seated in the order in which you arrive in the BRONZE section of the theatre.

When should we arrive?

We want to entertain you – It is just as hard for us to inform our late arrivals that they are going to miss the show and no refund is due for late arrivals.

PLEASE PLAN AHEAD and ARRIVE ON TIME.

How Do I Pick My Seats?

How can I sit with my friends?

If you have not booked your tickets together please do not expect to sit together. The computer system has no idea who your friends are, nor does our staff.

To eliminate this issue altogether please book all tickets on one order. Please remember groups of 20 adults or more do qualify for a group discount. While we do our best to accommodate everyone. However, there will be times when the theatre is full and we will not be able to adjust your seating especially if you are arriving within 15 minutes of showtime. If your friends have already booked tickets – please call the theatre and have their booking name. We can make a note in the system to try to seat you together with at least 24 hours notice, but there is no guarantee.

Tickets purchased through third parties are for BRONZE SEATING ONLY does NOT guarantee specific seating THIS IS FIRST COME FIRST SERVE SEATING IN BRONZE SECTION ONLY. Also, please be aware that discount ticket brokers may add substantial fees on top of the price they paid for the tickets they are reselling.  We have no control over the fees they charge their customers nor do we have the ability to adjust the tickets purchased through an outside source.

If you are getting the tickets for a deep discount you may be required to sit through a time share presentation.

We strongly encourage you to purchase your tickets directly from our website at www.gtstheatre.com  When you purchase from us, you will get the most current seat information, the best availability, the best prices, the best seating, and all of your money will go to support the GTS Theatre.

Note:  3rd party ticketing companies’ keep anywhere from 20% – 80% of the money you pay for tickets.  Please support GTS Theatre’s cast and crew by booking directly with us.

Does the theatre have food?

We have a simple snack bar with very reasonable prices.  Popcorn, Nacho’s and Candy Bars.  We also have beverages available for purchase.  Souvenirs Too! 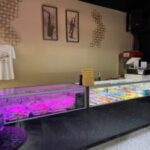 We do not allow any outside beverages or food to be brought into the theatre.

We do not offer dinner – our focus is entertainment.  You will receive an incredible show at GTS Theatre. Please seek dinner at one of our many area restaurants in the MB area as their focus is food.

All Sales Final – No Refunds

With at least a 24-hour advance notice of you or someone in your party not attending the show date we can offer you a gift certificate for the unused tickets.

If you call WITH IN 24 hours of your showtime we can offer you a gift certificate for 1/2 of your payment.

If you call 4 hours prior to show, during or after show: You are considered a NO Call/NO Show we are unable to issue you any gift card.

Please Note: You MUST speak with someone at 843-765-4386 Extension 9 up to 1 hour prior to showtime for any adjustment to your tickets

Rebooking - Need to change your date?

Did you reschedule your vacation and need to book a different date?

Please Note: You MUST speak with someone at 843-765-4386 Extension 9 up to 1 hour prior to showtime for any adjustment to your tickets